Getting ahead means harnessing & coordinating ideas from the best experts inside and outside your organization. But creating and securing high-performing collaborative digital work environments is the challenge of our time.

SharePoint Apps with Lightswitch in No Time

How Social and the Cloud Impact Your Governance Strategy

Learn the effects of Social and Cloud on Your Governance Strategy To start, Two of the biggest disruptors impacting your organization are social and cloud. If you’re like the majority of companies around the globe, you want to do what is right for your end users and provide tools and solutions that will keep them… READ MORE 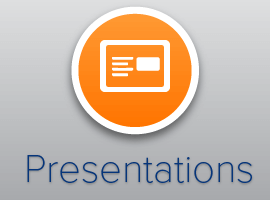 Increasingly, people are looking to build a new business structure  using cloud-based platforms. In this session, you will learn how you can use Office 365 to start and run a new company. You will learn about the registration process, online web presence, managing corporate data and your domain. The topics will be relevant to those… READ MORE

Maintaining Governance in the Cloud

During his keynote presentation at SPTechCon in February 2012, Jared Spataro, Director of SharePoint at Microsoft, announced that SharePoint 2013 was being developed using a “Cloud First” strategy. He went on to explain that as the platform reached parity with current installations, Office 365 customers could expect to have access to the benefits of new features sooner than on-premises deployments. This was a major shift for Microsoft, and for the SharePoint platform. At the Microsoft Worldwide Partner Conference (WPC) in Toronto in July 2012, Kurt DelBene, President of the Microsoft Office Division, announced that Office 365 is growing faster than predicted, and is likely to eclipse SharePoint as the fastest growing Microsoft offer ever.

Ever wonder What Governance Looks Like in the Cloud? To start, as cloud-based collaboration becomes a reality, what impact does this have on Governance plans and strategies? The pressure on businesses to optimize the productivity power of the Cloud, yet also retain a well-controlled, governed platform is considerable. In the fifth webinar in the ‘Governance Rules!’… READ MORE

The title talks about itself …

Choosing Between Cloud and On-premises Deployment for SharePoint

Start developing SharePoint Hybrid Solutions. Webinar Summary Hybrid approaches refers to applications that run in the sandbox and can call out to full-trust code through full-trust proxies. Essentially, you can think of a hybrid approach as two or more distinct, loosely coupled components. The sandboxed component is deployed in a SharePoint solution package to a site… READ MORE