I hate folders in SharePoint as a means of organising content. It’s a deeply broken approach and carrying it over to SharePoint Folders is one of my pet hates. I have even written a song about it. So I pulled this together from my involvement in various conversations and involvement in a discussion arising from an article written by Gregory Zelfond. http://sharepointmaven.com/12-reasons-folders-sharepoint-bad-idea/ AI-Powered Folders in OneDrive for Business What is the problem you are trying to solve? 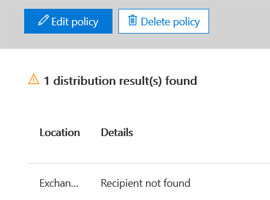